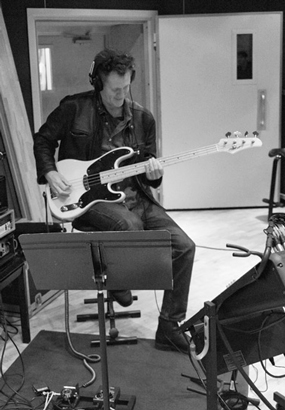 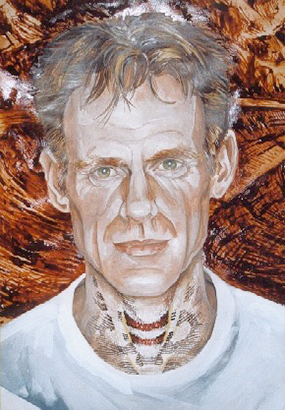 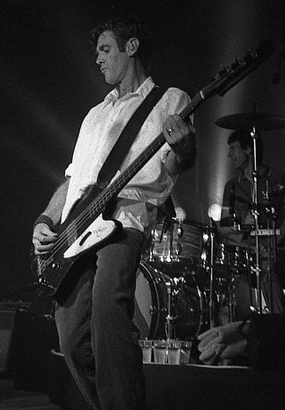 In 1987, I was sharing a house in Melbourne with Neil and Sharon Finn. We had been friends for years through the New Zealand music scene. I was in a band called the Swingers, and we’d had a number 1 hit in Australia and New Zealand, but at this stage I was playing in a local Melbourne band and doubling as a house painter during the day.

One night when I got home from work, Neil told me that Rob Hirst from Midnight Oil had called, and that they were looking for a new bass player. Of course I thought he was pulling my leg. Luckily for me, a few nights later Rob rang back again wondering why I hadn’t returned his call. He was actually quite serious. He offered to send me the Oils new album 'Diesel and Dust', and asked if I could learn a few tracks and come up to Sydney for a bit of a play.

I met with the guys in their damp cell-like rehearsal room. Rob, Jim and Martin (no sign of Pete) and I ran through some Oils tracks, and played a couple of covers for fun. Eventually after 3 trips to Sydney, always to this same rehearsal room, Pete showed up. We played through a few tracks with him singing, and then they asked me to wait outside. Decision time. I shook hands and said thanks. I knew then that I had the gig – it was just one of those moments.

The next day, I was taken to the band’s headquarters, known as “The Office”, in reality a rambling old terrace house on Glebe Point Road, to meet the band's 6th member-in-charge-of-business, manager Gary Morris. He made it quite clear that he was the pit bull of the yard. His assistant “Knackers” looked like she had balls as well. “You’re onboard for Australia and Canada only,” Gary informed me brusquely. That initial tour of Australia and Canada turned into 15 years of my life, 5 studio albums, a couple of live albums and who knows how many gigs around the planet.

On the night of my first major gig at the Brisbane Entertainment Centre, I sat nervously at the front of house desk until just before show time. Only 2 months prior, I’d been lugging my own gear up and down stairs. Now I could sit and watch the amazing Oils road crew do their thing. Long-time Production Manager Michael Lippold always joked that I was more like a roadie than a musician in a successful band. Yet, here I was about to play to 10,000 people.

My playing style fit perfectly with the Oils, and vocally Rob and I put together some great harmonies both live and in the studio. I have a high vocal range, as you can hear in my solo on "One Country."

Life as an Oil was great. It was one big adventure, and I was totally excited. Even long hauls in a rental were fun. I often did overnighters in the truck or on the crew bus – there was always a laugh to be had, and some of those guys worked with us for 10 years. My father drove a truck, and I spent the early years of my life perched on a box in the passenger's seat with him at the wheel. I took the wheel of the equipment truck myself one night, and when some of the gear broke down on stage at the next gig, Pete told the audience he blamed it on my driving skills.

I always enjoyed playing live the most. The energy level on stage and from the fans was incredible. If it had been harnessed, it could have powered a small Outback community. This band had cut its teeth playing live, and over the years had become one of the best performing acts on the planet. At times, it was almost an out-of-body experience – we never played a show on cruise control – never. The first thing you did after a show was pour the water out of your boots, then sit in silence until your body recovered. We played every show like it was our last.

Touring does take its toll though, and like any band, over the years we all took turns saying we’d had enough. Usually, it was the long periods on the road and away from home. Yet somehow, we always made it through.

However, at the start of the Australian leg of the 'Capricornia' tour in 2002, Pete announced he was leaving, and this time it was for real. It was a difficult time for us all. None of us wanted to face the inevitable media onslaught. We needed time to absorb and deal with it amongst ourselves, so we decided not to make any announcements until after the tour. Our last scheduled gig was in the Vegas-style Tweed Heads, on the border of Queensland and New South Wales. As always, we played like it was our last, except this time it was. At the end of the gig, we all took a bow stage front, something we’d never done before. After the show all of us hung around backstage for hours, drinking beer, talking, reluctant to leave. As I left, I threw my stage clothes in the trash instead of the usual laundry pile.

The feeling at first, when it was all done and dusted and after so many years together, was like falling into a void. But as time went by, we all started getting involved in new projects. Peter finally followed his other calling and is now a Federal Member of Parliament. Rob wrote a book and started playing in lots of different bands on drums and up front, a couple of them with Martin. Jim has become a much sought-after producer, and has released his solo album. All those songs that didn’t suit the Oils finally got an airing.

I did some recording in upstate New York for Neil Finn, with legendary producer Tony Visconti. That was such a buzz because Visconti produced so many great records which were the soundtrack to my teens – T Rex, Thin Lizzy, David Bowie, etc. I sold my inner-city converted warehouse, married my American girlfriend, moved back to New Zealand and toured with my old friend Dave Dobbyn. Auckland made as good a base as any, seeing as I was off on tour a lot of the time anyway. Eventually, we moved to Nashville, where we are now.

Since the demise of Midnight Oil, I've played with a lot of other types of musicians – rock, country, solo artists – I enjoy it all. I’m very happy being a session musician, a gun for hire. I still think of life as one big adventure, and I just love to get out there and play. I don’t care how big or small the venue is, or how famous or not the band is.

The Oils' brass section was playing with Russell Crowe, and I was invited to tour with them for a while. We played all over the world and did lots of live TV shows – we even performed with Elvis Costello once.

The Tweed Heads gig was not a fitting way to end the career of a band like Midnight Oil. We all knew that, but it took a bit of time before there was a readiness on everyone’s part to do something about it. When, just after Christmas in 2005, images of the tsunami hit our TV screens, the Australian music industry put together a benefit gig called "Wave Aid" at the Sydney Cricket Ground. We put our hands up to do whatever we could to help. That was some gig, all the best performers in Australia who could be there played – Powderfinger, Silverchair, Kasey Chambers among them – and the Oils were honoured to be asked to perform as the final act.

We hadn’t played together for more than two years. I flew in from Auckland a couple of days beforehand for a quick rehearsal – would you believe in the very same damp cell-like room in which I had played that first audition all those years before. It dawned on me then how my life with the Oils had traveled full-circle.

The SCG was full to capacity. The audience knew every word of every song, a mass sing-along of 65,000 people, through some of the Oils' best-loved songs – "Read About It", "Power and the Passion", "Beds Are Burning", "King of the Mountain", "Blue Sky Mine", "The Dead Heart", "Forgotten Years", and probably the best version of "Say Your Prayers" we’ve ever done. As the fireworks lit up the sky, it felt like the most magical and amazing way there could be for Midnight Oil to say farewell.

Silverchair told us they were so knocked out by the sheer energy of our performance, that they were inspired to go back into the studio together. It was really fitting therefore that in 2006, when the time was finally right for Midnight Oil to accept a long-standing invitation to be inaugurated into the Australian Record Industry’s ‘Hall of Fame’, it was The Chair who were asked to perform the tribute. Introduced on video by Bono, and with my good mates the Oils' brass section joining them to brilliant effect, Silverchair’s performance of "Don’t Wanna Be the One" brought the house down. At the end of the song, Daniel Johns grabbed a spray can and graffitied on the wall behind him, "PG 4 PM."

Now that really would be an amazing ending to the story of Midnight Oil.

But me, I’m a simple musician – all I want to do is play my bass, go on tour with new people, maybe get to sit up front with the driver now and again.

The time I spent on the road with my fellow Oils, Pete, Rob, Jim and Martin, has been the best. Thanks for the ride guys. And I’d just like to give a final mention to Rob Hirst –

Hey, Rob - thanks for ringing me back, mate! 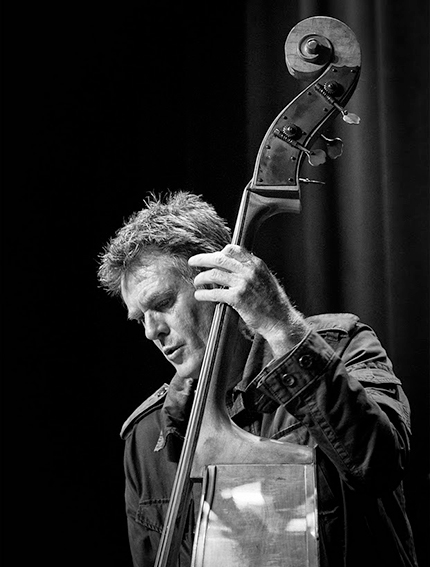 To contact me directly, please use the e-mail address below.